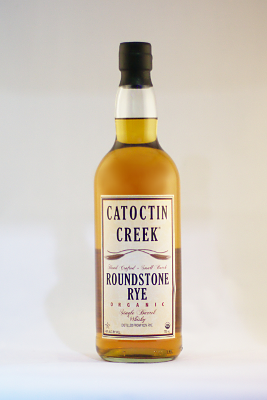 We received another great review, from Guid Scotch Drink.  Jason Johnstone-Yellin runs through the taste profile of our signature Roundstone Rye:

The mashbill for Roundstone Rye is 100% rye flour.  The rye is cooked for 3 hours and then cooled for 3 hours and, given that the mash is such a sticky mess, the solids all remain in the wash.

In conclusion: Such a good rye!  Very drinkable with complexity that belies its age.  I highly recommended searching for a bottle. 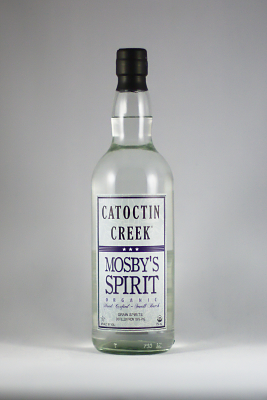 We received a very kindly review, from Guid Scotch Drink.  Nice of Jason Johnstone-Yellin to do the review on a spirit which we feel is under-appreciated:

Catoctin Creek Mosby's Spirit is new make whiskey designed for the bottle rather than the cask.  It's intended to be drunk, rather than matured.  To accomplish this, the head, heart, and tails cuts are made in different places from those made for the spirit destined for the cask.

In conclusion: Very nice!  A terrifically constructed new make that is very, very drinkable.  The green apple skin on the palate is a veritable treat.

Drunk and Unemployed: QnA with DnU

I know your creations are like your babies but do you have a favorite and why?
When asked this, I always laugh. Like my children, I have a favorite, but I will never tell! [Laughs]<

Under My Host Podcast

Cori and the gang from Under My Host recently interviewed Scott Harris, founder of Catoctin Creek distillery for their podcast.  You can download the podcast from iTunes, here, or visit the podcast web site, here.

In the podcast, we have lots of fun over several drinks, and taste our way through the spirits.  We also discuss craft cocktails and the cocktail scene in New Orleans, with featured guest Kimberly Patton-Bragg, head chef at the Hotel Modern in New Orleans.  You can download that cocktail recipe on our cocktail page.

The Good Food Awards has named Catoctin Creek Roundstone Rye a finalist in their 2013 spirits category, one of 182 finalists from 31 states, chosen from among 1,366 entries in nine industries.  Sarah Weiner, director of the Good Food Awards writes:

With 40% more entries this year, being a Good Food Awards Finalist means more than ever before. ... This year’s Finalists are a diverse and talented group of innovators. Learning what each producer is doing in their part of the country to build a strong food culture for America has been truly inspiring, and I can’t wait to see them gather together in January.

A Visit To Catoctin Creek

Jason Johnstone-Yellin of Food Digital, recently paid us a visit.  Despite a small correction (we are not Virginia's oldest distillery, by far, that honor goes to Laird's), it is a nice article and represents us well.  Here he gives his opinion on the Mosby's Spirit:

Often, the unaged spirit does the distillery a disservice because it needs to spend some time in oak to round off the harsh edges of the spirit. Becky and Scott wanted to make a spirit that they could stand behind. Making a different series of “cuts” for the unaged whiskey than they do for the cask matured stock allows a bottled spirit that is clean and drinks very easily.

In yet another very entertaining and zany review, Warren Bobrow (or should we say, "Klaus"?) reviews our peach brandy and comes up with an interesting cocktail:

Layer upon layer of juicy, freshly crushed peaches give way to the deeper vanilla elements of the fine Virginia brandy.  Dry is the first impression.  Each sip is more of a peach eau de vie or schnapps than a sugar sweet American version of an infused spirit.

A fun little graphic from the December 2012 issue of Northern Virginia Magazine tracing the life of one pear into our brandy, and beyond!

Scott was enjoying breakfast at the Leesburg Restaurant last week, when a Nancy Marshall Genzer from Marketplace showed up to interview the patrons about their post-election thoughts.  Check out the story in the last half of this podcast: 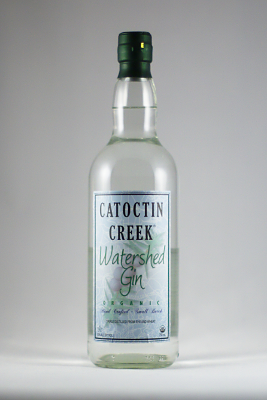 Guid Scotch Drink normally reviews whisky, and particularly, scotch.  So it was particularly nice that a scotch lover like Jason Johnstone-Yellin enjoyed our gin so much:

Their Watershed gin is distilled from local rye (I do like my gins built on a rye foundation) while the name pays respect to the watershed into which Catoctin Creek runs.

In conclusion: From the rye nose through the abundant aniseed on the palate and into the cinnamon finish this is an excellent gin. Highly recommended.

Capital Cooking recently attended our 515 release event at J&G Steakhouse. She had some really nice things to say not only about the 515, but also about the Roundstone Rye:

First, a word about the Roundstone Rye. Unlike some ryes that hit you over the head, the Roundstone is rather delicate. The nose hints of honey, slightly floral, with some rye spice, and a hint of wood. It is somewhat tart with a little citrus and some slight vanilla and oak flavors, and a subtle finish that has elements of sour, wood, and spice. ... [For] such a young distillery, Catoctin produces really good rye.

I tasted the 515 and agreed with the crowd’s consensus – Catoctin Creek Distillery knows what it is doing. This is a unique product that for whisky lovers more than justifies a special trip to J and G. 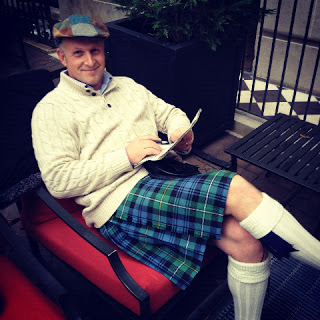 Proof66 did a really nice, and very thorough review of Watershed Gin.  They really understand what we're trying to accomplish with this gin.  A great review:

There’s just a hint of sweetness on the front end and the warmth all comes on the finish. In fact, we felt the Martini was slightly better when not chilled making it a kind of winter-weather martini that could easily substitute for brandy or similar winter-time drinks.

The first round is always the spirit itself unvarnished by anything else. Where the Beefeeater is juniper with a black pepper bite and the Hendrick’s is all citrus and floral, the Watershed has a great deal more grain character. It’s almost more like a white whiskey and we think it would appeal greatly to beer lovers. The juniper is subdued but present but with the dash of promised spice, perhaps pepper and cinnamon. But all very subtle. For a 100 proof spirit, it’s shockingly smooth and a credit to the distillation itself. These are incredibly different gins each with a different audience. Traditional gin lovers of heavy juniper will be disappointed with Watershed but from a crafting standpoint, this is an incredible easy-going and drinkable product—easily surpassing the craftsmanship of the Beefeater and neck-and-neck with the celebrated Hendrick’s. [Special note: we’ve often been intensely disappointed with white whiskey and even refused to publish a review on some… this note to drive home the point that the execution of this gin as a spirit is especially impressive to us.]